Detection and partial characterization of norovirus among children with acute gastroenteritis in Lagos, Nigeria

1Department of Botany and Microbiology, University of Lagos, Nigeria.

Norovirus (NoV) has captured increasing attention as an agent of childhood diarrhea, but its incidence in developing countries such as Nigeria has been underreported. This study was conducted to investigate the role of NoVs in sporadic cases of acute diarrhea among hospitalized children. One hundred and eighty-eight (188) specimens comprising 161 diarrheic and 27 non-diarrheic stools were randomly selected from 668 stools previously screened for rotaviruses. These specimens were collected from children under 5 years of age who were hospitalized between November 2007 and May 2008 in Lagos, Nigeria. The specimens were examined for NoV antigen using monoclonal antibody-based enzyme immunoassay (EIA), and the positive specimens were further characterized for norovirus genogroups using reverse transcription-Polymerase chain reactions (RT-PCR) technique. NoV was detected in 60/161 (37.3%) of diarrhoeal and 1(3.7%) of non diarrhoeal children tested. Noroviruses were detected throughout the study period with most patients infected in age group 6 - 12 months. More males were infected with NoV than females however, the difference was not significant (2 = 0.983, p 0.05). Sixteen among the positive samples were amplified by PCR using specific primers, of these, 5 (31%) were typed to be GI, 8 (50%) were GII and three samples (19%) showed a mixed infection of norovirus GI and GII genogroups. This study confirmed the relevance of NoV as a causative agent of pediatric diarrhoea and reported norovirus genogroup GII as the predominant type in circulation in Lagos, Nigeria. 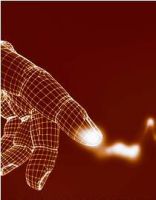