The usefulness of craniometry in facilitating proper identification of skeletal remains and in emphasizing a common origin of studied populations is far reaching. Conducting anthropological studies with the aim of obtaining the characteristics of ethnic groups assists not only in understanding the frequency distribution of human morphologies but also in providing the basis for comparison of races. Craniometric patterns were studied in three selected ethnic groups in Nigeria and this study will no doubt form a baseline data for subsequent studies especially as regards the studied populations. This study involved 699 (male 361; female 338) volunteers whose age ranged 18 and over. Respondents were selected along three ethnic groups including Urhobo (male 156; female 147), Ibo (male 141 female 145 and Edo (male 64; female 46) and it was ensured that population for the study was collected using a random stratified method. The cranial volume was measured using standard techniques and it was shown to exhibit strong sexual dimorphism and was useful in differentiating inter and intra population groups. The results showed a significant effect of cranial volume on the measured ethnic groups at 0.05 level of significance. While the Ibo’s had an average cranial volume of 1273.39 cm3, that of the Urhobo’s was 1255.89 and 1310.08 cm3 for the Edo people. Also the cranial capacity of male (1334.34 cm3) was significantly different from that of female (1204.54 cm3) in all the studied tribes, male being larger than that of female p < 0.05. 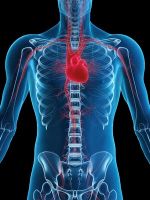