4The Key Laboratory of Crop Production and Ecology in Dryland, Ministry of Agriculture, Yangling, Shaanxi 712100, China.

Soil desiccation is the most serious problem in forest vegetations and grassland, which lead to widespread land degradation in the Loess Plateau of China. The soil water variations at 0 to 1000 cm depth of different vegetations were studied to explore the hydrological effects of vegetations and determine the optimal length of alfalfa (Medicago sativa L.) phase at the Zhenyuan Agri-ecological Station of the Loess Plateau in China. Eight treatments were designed in this study: waste land, wheat land and six continuous growing alfalfa treatments, including 4-year-old (4 year), 6-year-old (6 year), 8-year-old (8 year), 12-year-old (12 year), 18-year-old (18 year) and 26-year- old (26 year) alfalfa grasslands. Results showed that the wheat field had the best soil water content and no dry soil layer, while slightly dry soil layer occurred in wasteland and 4, 6 and 8 year alfalfa grasslands. After alfalfa grew for > 8 years, moderately dry soil layer appeared in the grassland and expanded beyond 500 cm soil depth. The result also showed that wheat field, wasteland and the alfalfa grasslands growing for 4, 6 and 8 years had no unfavorable impacts on the ecological environments of the soil moisture but the grasslands for 12, 18 and 26 years did exert relatively stronger unfavorable influences on the hydrological effects. Considering all the factors, this study recommends that the optimal length of alfalfa phase should be 8 years. 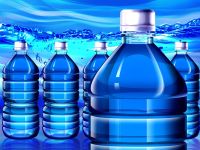