A total of six lactic acid bacteria (LAB) isolates were selected from five indigenously fermented cereal gruels and identified as Lactobacillus fermentum OYB, Lb. fermentum RS2, Lb. plantarum MW, Lb. plantarum YO, Lb. brevis WS3, and Lactococcus spp. RS3. Six aflatoxin- producing aspergilli were also selected from the various food sources. Two of the isolates, identified as Aspergillus parasiticus C2 and A. parasiticus AF7, produced both aflatoxin B1 and G while the other four identified as A. flavus M1, A. flavus B4, A flavus B5 and A. flavus C6, produced only aflatoxin B1. Each of the LAB isolates inhibited the growth of at least a toxin-producing Aspergillus. The maximum inhibitions were shown by Lb. plantarum YO, which was able to inhibit the vegetative and sporulative growth of all the aflatoxin-producing aspergilli. Lactococcus spp. RS3 and Lb. brevis WS3 were only able to inhibit A. parasiticus C7 reasonably and A. flavus B5 and C6 mildly. 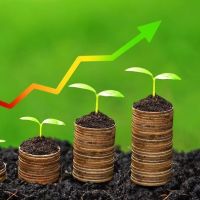