The aim of this study is to develop a convenient Tangent rule that could be used for determining the area and lengths of sides of a triangle, and also to develop differentiation and integral calculus rules/formulae based on permutation and geometric progression. Christ-Obimba Calculus Rule 1 could be used in determining further/higher derivatives of a function, directly from the parent function, without recourse to the consecutive, previous derivative.  For any triangle (    ) ABC,

a, b, and c are lengths of the sides of the triangle(    ) ABC (Christ-Obimba Tangent Rules).

The Christ-Obimba geometric progression series in calculus could be used to obtain all the derivatives, of the parent function of a finite series, without calculating individual derivatives, singly.

a = constant = coefficient of the variable term in xn.

T1 =the first term of the geometric progression series of calculus = axn. 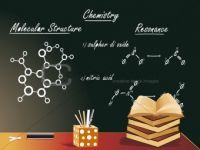