Within sociological discourse, young people’s sexual practices have become an area of particular interest as sociologists attempt to contextualise sexuality as multifaceted social experiences rather than as psychological or psychoanalytic processes. This study introduces a conceptual framework for investigating young people’s sexuality and sexual practices in African context. It was achieved through a critical review of the conceptual framework developed by a group of feminist authors in the UK context which identifies five interacting layers of power through which young people become sexually active and socially heterosexual. By adapting and modifying the feminists’ framework, this study delves into the social processes through which certain norms, beliefs, gender practices intersect with heterosexual norms to constitute well-established practices among young Africans. This study concludes by asking for a space to redefine conventional practices of gender and heterosexual culture in order to enhance young people’s agency for pleasurable and healthful sexual relations. 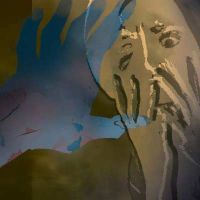